The fields of religion and philosophy embody essential ingredients of a liberal arts education by encouraging interdisciplinary reflections on the human condition as it is shaped in a multicultural world.

Religious studies is the critical inquiry into cultural expressions – such as myth, ritual, symbols, and sacred texts – that address fundamental human concerns. The student of religion develops a broad methodological base from areas such as theology, ethics, history, philosophy, sociology, and literature to explore the intersections and intimate connections between systems of beliefs and practices, ethical codes, rituals, narratives, philosophies and social and political structures across many cultures and centuries.

The fields of religion and philosophy (which is part of the department of religious studies) are essentially about critically engaging beyond the classroom and providing models to address questions of ultimacy, belief, and ethical life. The study of the historical, political, and sociocultural contexts of religious traditions and of intercultural philosophical traditions provide an intellectual background for those interested in pursuing careers in social service, education, ministry, government, journalism and the arts.

Find out more about our Pre-Professional programs here.

The Wesleyan department of religion and philosophy seeks to combine critical analysis with relational learning. We encourage students to bring their whole selves to the study of issues of human existence and community formation fundamental to them. At Wesleyan we believe that a focus on developing one’s voice and one’s orientation to the world, as well as facilitating the discovery of language needed to both challenge and express one’s deeply held beliefs should be at the core of all religious, philosophical, and ethical learning. As such, our students have the opportunity to develop interdisciplinary projects combining multiple majors and minors with religion and philosophy.

Wesleyan students who major or minor in Religious Studies or Philosophy and earn a 3.0 GPA or higher have the unique opportunity of guaranteed admission into a Master of Divinity or Master of Religious Life program at Emory's Candler School of Theology (one of the top theological schools in the country). This means Wesleyan religious studies and philosophy students get the best of all worlds: the community-oriented experience of learning in small seminar classes with close relationships to their professors at Wesleyan and a direct path to a larger graduate school experience.

With contacts in theological and philosophical education across the United States and Internationally, students in the Wesleyan religion and philosophy department have the opportunity for a broad spectrum of experiences within and beyond the Wesleyan campus. Students may participate in community service and internships with religious, non-profit, and governmental organizations in the US and abroad; attend summer programs like the “Philosophy in an Inclusive Key” summer institute, which focuses on mentoring for philosophers from underrepresented groups such as women and people of color; present at undergraduate conferences; and engage in service-learning opportunities on campus and in the diverse and vibrant Macon community. 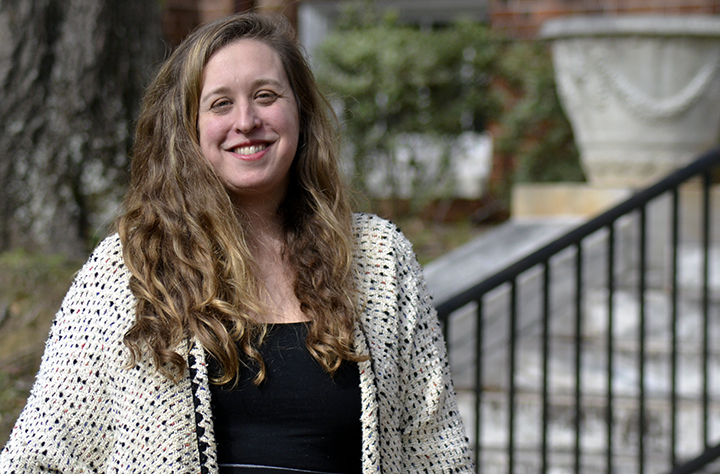