A Message from our President, Dr. Vivia Fowler

Whether you are a prospective student or family member; a current member of our academic community; a potential visitor to our beautiful, historic campus; or someone who wants to learn more about the first college in the world chartered to grant degrees to women, we welcome you to our campus and to this virtual introduction to Wesleyan College.

Wesleyan College has a remarkable history that spans more than 180 years of being “Forever First for Women.” Think of it: Eighty years before women could vote in the United States, Wesleyan College offered women an opportunity for higher education equal to that which only men could achieve. Capitalizing on our past, today we are also focused on our future that is “committed to women’s education and helping every student find a unique voice and purpose” (Mission Statement). Our strengths include

I cherish these characteristics of Wesleyan College, an exceptional residential, liberal arts college for women, and I believe in them. I speak from more than three decades of experience as a graduate, professor and administrator of two United Methodist women’s colleges. Joining me in this commitment to women’s higher education is a remarkable faculty and staff who are devoted to Wesleyan and her students. I challenge you to find better teacher/scholars and support staff in higher education.

I urge you to browse our website and learn more about our people and programs. Contact the Office of Enrollment Services if you are—or know of—a prospective student. Ask about our generous merit and talent scholarships. Visit our beautiful campus. Join us for a fine arts event, an athletic competition, or a preview day for prospective students. Stop by my office to say hello!

Wesleyan College is a special place, and if you seek the next best step in your higher education journey, it might be just the place for you. I look forward to hearing from you or meeting you very soon.

lessons and sermonsMore about our 25th President 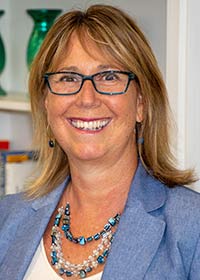 Since 2017, Dr. Melody Blake has served as provost and vice president for academic and student affairs. As provost, is also responsible for strategic planning, development of new programs, and leading a world class faculty in educating women.

Prior to serving Wesleyan Dr. Blake worked as provost at Mount Mercy University in Cedar Rapids, Iowa. She also served for three years as vice president of Mission Services at Goodwill of the Heartland. She spent 20 years in the classroom, teaching development and social psychology. A native of California, Blake earned her undergraduate degree from the University of California, Los Angeles, and her master’s degree and Ph.D. in social psychology from Claremont Graduate University. Her research areas of interests include assessment of academic programs, change management, and women’s friendships. 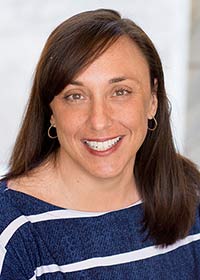 Having served Wesleyan College for more than fifteen years, Henry accepted the position of dean of students in 2018. Henry most recently served as Wesleyan’s assistant dean of academic resources, earning national recognition as Outstanding First-Year Student Advocate by the National Resource Center for the First-Year Experience and Students in Transition. Prior to working in academic resources, Henry served as the director of residence life and assistant dean of students.

As dean of students, Henry oversees the Division of Student Affairs consisting of health and counseling services, residence life, diversity and inclusion, service and leadership, disability and advocacy services, international student programs and study abroad as well as the Mathews Athletic Center. 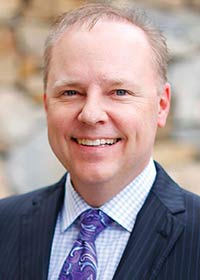 Hobbs began working for his alma mater, Young Harris College, soon after graduating in 1988. For twenty-seven years he served in various positions in Young Harris's office of admission, culminating as vice president for enrollment management and external relations from 2004-2016. In 2016, Clint left Young Harris to focus his full attention on consultant work with prestigious institutions such as York College of Pennsylvania and Benedictine University.

A registered enrollment professional (REP), Clint is the 2016 recipient of the Carol Nobles Distinguished Service Award from the Georgia Association of Collegiate Registrars and Admissions Officers, having served as the organization's president 2009-2010. He is chair of the Georgia Non-Public Post-Secondary Education Commission by appointment from the governor. He earned his undergraduate degree in journalism and public relations from the University of Georgia in 1990 and his master of education in higher education from UGA in 1995.

Vice President for Business and Finance and Chief Financial Officer 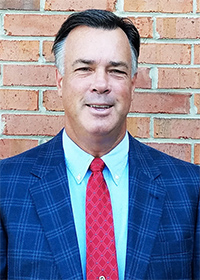 Moye comes to Wesleyan from Oak Hall School in Gainesville, Florida, where he served as chief financial officer overseeing the financial affairs, security, and facilities departments. Prior, Moye was vice president for finance at Andrew College in Cuthbert, Georgia. A certified public accountant, Moye began his career in education administration at the independent, secondary school level in Chattanooga, Tennessee, serving at institutions including McCallie School and Girls Preparatory School.

Moye earned both his master of accountancy and his bachelor of science in business administration (with honors) from the University of Tennessee. 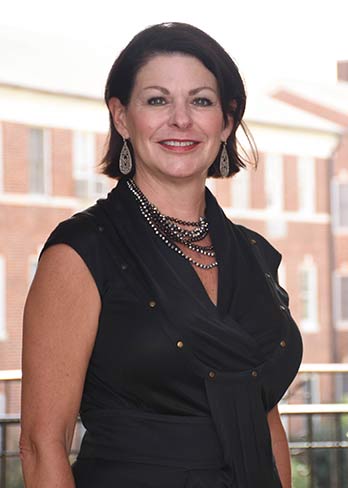 Williford started her career at Wesleyan in 2011 as director of annual giving, and assumed her current position in the office of advancement in 2014. She also oversees the offices of advancement, alumnae affairs, and communications.

Williford is a graduate of Wake Forest University and brings to Wesleyan a background in fundraising for various organizations including United Way of Central Georgia, Central Georgia Technical College, and the Ocmulgee Heritage Greenway (now the Ocmulgee Heritage Trail). Prior to joining the Wesleyan College staff, she was a Bill Blass New York Regional Manager for seventeen states. A member of the Downtown Rotary Club, Williford currently serves on the Board of Historic Macon. She is a past board president of the Museum of Arts and Sciences and Macon Arts Alliance, and has served as a board member for the Hay House, Macon/Bibb Chamber of Commerce, and Leadership Macon.

PAST PRESIDENTS OF WESLEYAN COLLEGE