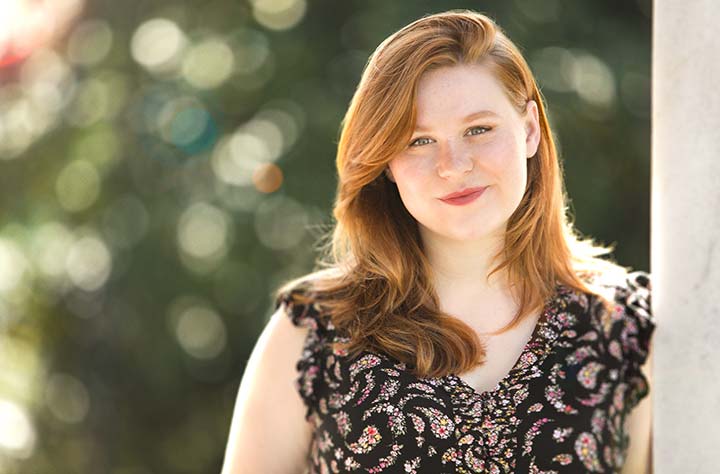 Working to make differences that will last for generations

Fall semester 2019, Grace Stiles Williams ’19 will be entering the master’s of divinity program at Emory University’s Candler School of Theology on a full-tuition scholarship. Until recently, attending seminary was not her plan, but she is looking forward to joining Wesleyan sisters who have studied there. She is also in the process of applying for candidacy for ordination to be a deacon in the United Methodist Church (UMC).

Grace’s mother, Jennifer Stiles Williams ’93, is a senior pastor at St. Luke’s United Methodist Church in Orlando, Florida, having earned her master’s degree in divinity at Candler. Jennifer’s parents, her sister, a brother, and a sister-in-law are also part of the Florida Conference of the UMC. Though Grace never planned to follow in their footsteps, she has always believed that her life’s work would revolve around learning about people, understanding their cultures, and using her faith to build communities. Her first year at Wesleyan, she declared international relations as her major with a minor in communication. Later she added history as a second minor and felt everything was in place for the next four years. Along the way, she began considering where this track would lead after graduation, and she turned to her academic advisor Dr. Barbara Donovan who helped her consider careers in global politics, public policy, non-profit organizations, and community development through ministry.

Grace also looked to Wesleyan’s Assistant Dean for Equity and Inclusion Tonya Parker ’01. “It was through Ms. Tonya that I finally recognized my calling to go into ministry. I felt the pull to use what I had learned for good and to pursue justice and mercy. I realized that all the work I had done and all the experiences I had been through were leading up to this moment.”

Grace was a Mary Knox McNeill Scholar and a Wesleyan Disciple. For four years, she served on the Student Government Association and as president of the Golden Class, which afforded her the honor of speaking at Dr. Fowler’s inauguration last fall. Other campus honors have included being a student representative on the hiring committees for the Academic Resource Center and serving on the Diversity and Inclusion Board. On Honors Day in April, Grace received the highest student-nominated honor, Wesleyan Student of the Year. Given each year to a graduating senior, this award is based on three principal traits: leadership, dedication to the Wesleyan community, and friendship to others. She was also awarded Honors in an Academic Discipline for International Relations.

Before graduation, Grace held two internships with United Methodist churches and was invited to preach twice. “I grew up surrounded by church and faith. I take great pride in the Stiles family legacy but, as I discern my calling, I’m making my own way. Everything that I have learned at Wesleyan has brought me to this decision. I am living proof that life has a funny way of coming full circle.”

Grace’s sister Caroline is also a student at Wesleyan, Class of 2021.