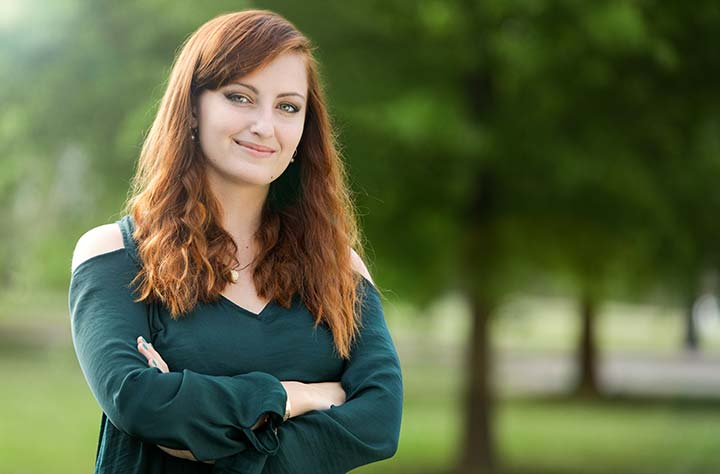 Credits faculty for the confidence and guidance to apply to Ph.D. programs

Chelsea Robbins ’19 conducted research during six of her eight semesters at Wesleyan. In her sophomore year, she worked on a field project observing the feeding preferences in wild mice. She and her team laid safe traps in the arboretum to catch rodents and offered them different types of seeds. Around the same time, she was carrying out a self-designed project on trail-following behavior in snails and also beginning her psychology research on relational aggression in women.

“The aggression study was particularly fun. While participants attempted impossible word searches, we put squeaky chairs in the lab to annoy them. We then had them rate Facebook posts to test their levels of aggression. After that, I started getting involved with the psychology department’s mouse lab which tests mice’s ability to learn Double Alternation Serial Pattern.” For her senior research project, Chelsea studied students’ motivation in standardized testing.

“I think it was the sheer amount of research opportunities Wesleyan provided that helped me get accepted to graduate school.” Chelsea was accepted into several industrial-organizational psychology graduate programs and chose to pursue her doctoral degree at Clemson University.

neuroscience and biology. A Global Scholar with a full-tuition scholarship, she served as a work-study student all four years on campus. “I’ve been an animal caretaker in the biology department where I took care of mice and crayfish; a teaching assistant and a tutor for the psychology department; and a psychology major ambassador, assisting and mentoring first-year students who are considering psychology as a major.” At Honors Day in April,Chelsea was presented Honors in an Academic Discipline for Psychology.

For the past four summers, Chelsea has interned with a Palm Beach County archaeologist. “I love going out on digs, sorting remains, and necropsying the occasional shark. While it’s not directly related to psychology, it did teach me the research skills I needed to find obscure articles and information from online databases, a skill that came in handy in college.”

This article ran in the WESmag Spring 2019 issue.